(Bloomberg) — Venezuela almost tripled its crude oil exports even as the U.S. continues to tighten sanctions against companies seeking to do business with its ruling regime.

Exports of oil surged to more than half a million barrels a day in November, with nearly all of it heading to China, according to shipping reports and data from vessel monitoring compiled by Bloomberg. Crude output, meanwhile, stood at 484,000 barrels a day on Nov. 25, according to the latest figures in an internal document seen by Bloomberg. That’s a drop of 48% year-on-year but shows that the country, despite sanctions and crippled operations, can still produce more oil than Ecuador.

The U.S. Monday imposed sanctions on Chinese firm China National Electronics Import & Export Corporation, accusing it of supporting Venezuelan President Nicolas Maduro’s efforts to undermine democracy. Nonetheless, hindering oil ties between China and Venezuela is proving trickier because vessels turn off their satellite-signaling devices and paint over their names to hide their identity and avoid detection, people with knowledge of the situation said.

While PDVSA’s internal documents show vessels like Vinland, Pacific Cape and Vision loading at the port of Jose, these vessels are not operational. Data compiled by Bloomberg show that they were sent to the scrapyard months prior to the scheduled loading dates in Venezuela. That suggests that their names or unique identification numbers are being used by others. 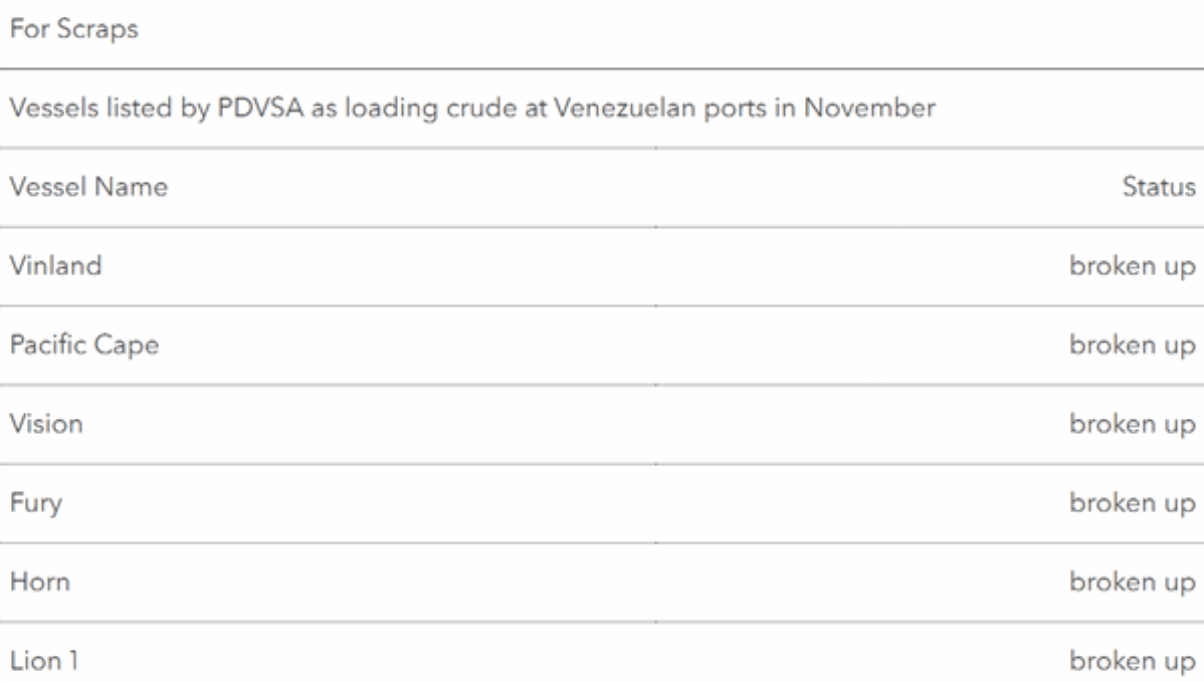 The South American nation, home to the world’s largest oil reserves, has also strengthened its ties with Iran to help weather the effects of U.S. isolation.

Iran has supplied gasoline, refinery parts and a cargo of condensate that’s been used to keep oil flowing out of Venezuela’s most important production field, the Orinoco oil belt. The condensate is being used to dilute tar-like domestic crude and make it marketable to refiners in Asia.