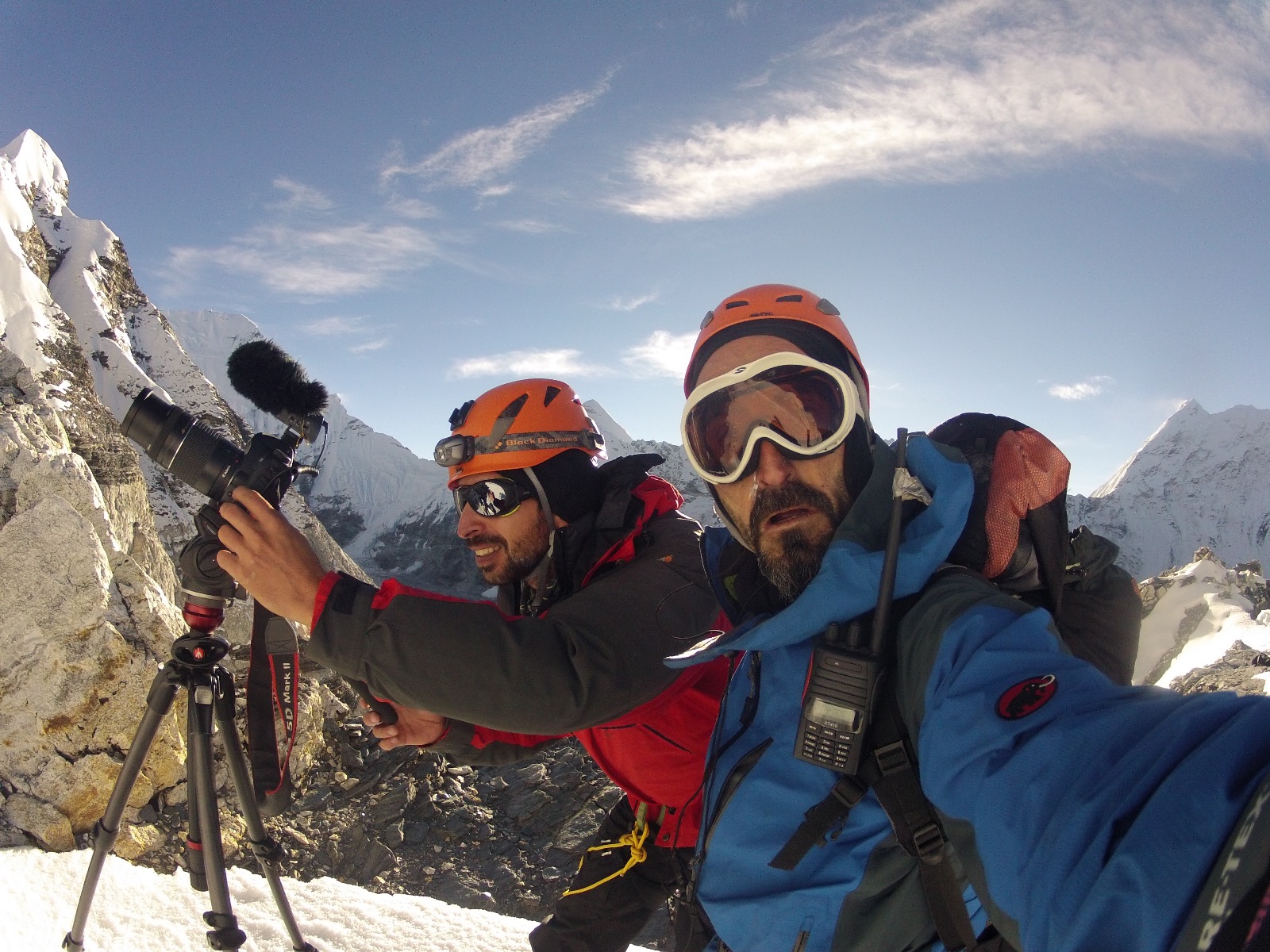 It all began as a small workshop in Los Nevados. Erika and José were inspired with their project of dictating a film seminar to children in one of the most remote villages of Mérida, deep in the Venezuelan Sierra Nevada.

Erika managed to gather around 14 children who were curious and eager to learn. Many hadn’t even seen a camera before. They took it upon themselves to look for costumes, locations, and played all the characters in their debut. The couple monitored and encouraged their apprentices, until they finally shot enough material to put together a short film. After editing, they showed it to the Centro Nacional Autónomo de Cinematografía (CNAC), and it was selected by this institution to be shown before feature films in movie theaters nationwide.

Erika and José, with the CNAC, decided to surprise the children from the workshop, taking them to the city for a screening of the short film and, as the first frame came up, the kids sank in disbelief, thrilled by seeing themselves and their work on the big screen.

The documentary, Pueblos, was the beginning of Ymago Producciones, a company that started out as a sort of foundation eager to teach, but also to register and show the Venezuelan Andean spirit. It’s made up of filmmaker José Romero, and Erika Rodríguez, a biologist and Plant Ecology specialist. Their career includes the second chapter of the Associated Press project What Can be Saved?: Vanishing Venezuela (2019), winner of the 20/20 award at the Washington Environmental Film Festival, and the documentary El último glaciar venezolano – Vida después del hielo, which premiered on YouTube in 2020. A few weeks ago they announced a collaboration with Productora Trailer Films, where they worked on an episode for the second season of Andes Mágicos for Netflix, featuring Venezuela for the first time ever. I had the pleasure of talking to them for a while in the midst of contingency plans, blackouts and quarantine, so that they could tell Caracas Chronicles how they went from small short films to the documentaries they make today.

How did the Último Glaciar project start?

José: We had the idea of making a movie about the Sierra Nevada, in Mérida. When we began the research, we thought it was a good idea to talk about the ecologic side and our glaciers. We got in touch with Professor Andrés Yarzabal, from theUniversidad de los Andes’ School of Science, who was studying microorganisms in the ice; we were really enthralled by that and went down that road, accompanying him and professor María Ball, and Vida Glaciar was the result, a short documentary where you find our work on the Pico Bolívar glacier, that no longer exists. Over time we got support from the Fundación Empresas Polar which, along with Professor Alejandra Melfo, published a book on the project.

Erika: The Fundación Empresas Polar doesn’t have a budget for audiovisuals, but they did sponsor the book Se van los glaciares (The Glaciers Are Going), which gathered all the recent research on the subject. The book tells a bit about the ecosystems, the city, the relationship between Mérida and the snow, with the people who climbed up the Pico Bolívar for the first time, with the first scientists who were there. Since it’s a children’s book, it also includes a lot of material about the conditions there, the clothes the locals wear, etc. They even made a book trailer for it.

José: And that’s when we went back to our thing, we made a short documentary where the book is promoted. Fundación Empresas Polar released it and the Associated Press showed up right away to talk to us. We didn’t sell the story, they got in touch with one of the scientists and we worked together in What Can Be Saved? The first episode about Venezuela was directed by journalist Federica Narancio, who’d give us the guidelines from the U.S., and we would do the work here.

Erika: It wasn’t easy to find a director of photography who could go up 5,000 mts. with the camera or a drone, and fly in those conditions. Not anyone can do it, not everyone is willing to haul a suitcase with expensive stuff and walk for three days to reach the base camp on a summit. You also need, besides experience as a filmmaker, photographer, and drone operator, to be physically fit. AP said: “Hey, we have several freelancers in Caracas that might be able to go up there,” but none had mountaineering experience. You know, you can come here to Mucuchíes and feel fine, but if you go a bit further up you can get dizzy and even faint.

How did the scientists get funds for the research? Was NatGeo a part of it too?

Erika: It isn’t easy to afford a Humboldt expedition. Fortunately, there are several foundations supporting scientific research, the National Geographic Society among them. Usually those doing the research do the brainstorming and bid for financial support, and so with the Último Glaciar project, Luis Daniel Llambí and his research team from the Universidad de los Andes were able to procure the resources for the investigation.

José: Having a clear research project, we focused on how to pass along the message, to set up a script, work hard with the team in charge, organize the expedition, think about the shots we wanted to use. It all has to be well thought out, because if we go to the mountain we have to come back with all the material we need. It can’t be random, so we have to draw out a map and follow it step by step.

Watching the first season of Andes Mágicos, I was disappointed by the exclusion of Venezuela. Then the second season premiered, and there we were because of you. How did you get to Netflix?

José: One day we were coming down with the whole caravan of scientists, mules, and all the gear, through Los Nevados from the Valle del Indio, and we ran into Alfredo Autiero, who was coming back from a guided tour of the Pico Bolívar. We had met before, and we told him about the Último Glaciar project; turns out that, much later, Luis Ara, director of Andes Mágicos, contacted Alfredo, with the need to feature Venezuela after the previous exclusion. They said, “Look, Alfredo, give us options to see with whom we can work over there.” They interviewed, did investigations on our background, and hired us. We didn’t sell them the idea, they found us.

Erika: Yes, in fact it was around July 2020 when we established contact. We held meetings twice or thrice a week with Ramón Cardini and Sergio Albertoni, the series producers, along with Trailer Films, and with Luis Ara, the director. They were looking for stories to tell that weren’t similar to the ones from other countries. We looked for characters in Mérida for two months, until we found Daniel Souto and the Caravana Escuela, and Ana Machado from Alimentos KQT.

Which were the main challenges you faced when shooting El Último Glaciar and later Andes Mágicos?

Erika: I think each production phase has its set of challenges. In pre-production, it’s very tough to organize an expedition to the glacier, where several specialists have to go, too; during filming, we got up very early and walked for almost three hours with the suitcases on our backs until we reached the base of the glacier, and work there under weather conditions that are constantly changing. Both in the Último Glaciar and in Andes Mágicos the biggest responsibility was to guarantee the results no matter what, get the footage within the time limit, because after midday the mountain changes and you don’t know what’s going to happen.

Did you at any point get tired because of how complex the projects were? Do you have any anecdotes you’d like to share with us about a hurdle you had to overcome?

Erika: During one of the expeditions, we both caught a terrible cold, we even ran a fever, all of it in the middle of the mountain, in the middle of the project, but we knew we had to get the material because we wouldn’t have another expedition. It was our only chance. One day I stayed at the base camp, the other José rested, but yes, it was the time to give it our all, because sometimes you only get one shot, there’s no take two.

How important is it to keep filming in Venezuela?

José: We’re going to rise as a country. We’re convinced, absolutely sure, that in this country we have all the potential to shine as bright, or brighter, than any other developed country, and that’s why it is so important to keep going. Our desire to make and support new projects has made us get together with people who are in tune with us. We work with Sagarmatha, a mountaineering school founded by Marcos Tobía (one of the first Venezuelans to conquer Everest). We’ve collaborated with them in the production of the television series Niños en la Cumbre, which wants to take children to the Himalaya and Greenland. In Venezuela, you could watch it on Meridiano TV. If you really want something, it may be hard sometimes, but you have to keep doing it.

What would you tell those who are starting off with a camera and would like to move forward in the film industry?

Erika: Even if you don’t have a camera, always write down your ideas. Filmmaking starts on paper, and we must go on even if we use our phone camera or with whatever resources we may have. Although we are under a regime that won’t allow us a free expression, working with what we have is also an act of resistance, and it’s our way to contribute to the country.

José: Perseverance and discipline, to do the best you can always and keep going. Never quit, you have to keep on rowing. It’s like going up a mountain, you know you’re going to get to the top and you’re on your way, but once you get there you say, “well, I have to go back now.” And it’s time to start a new road. 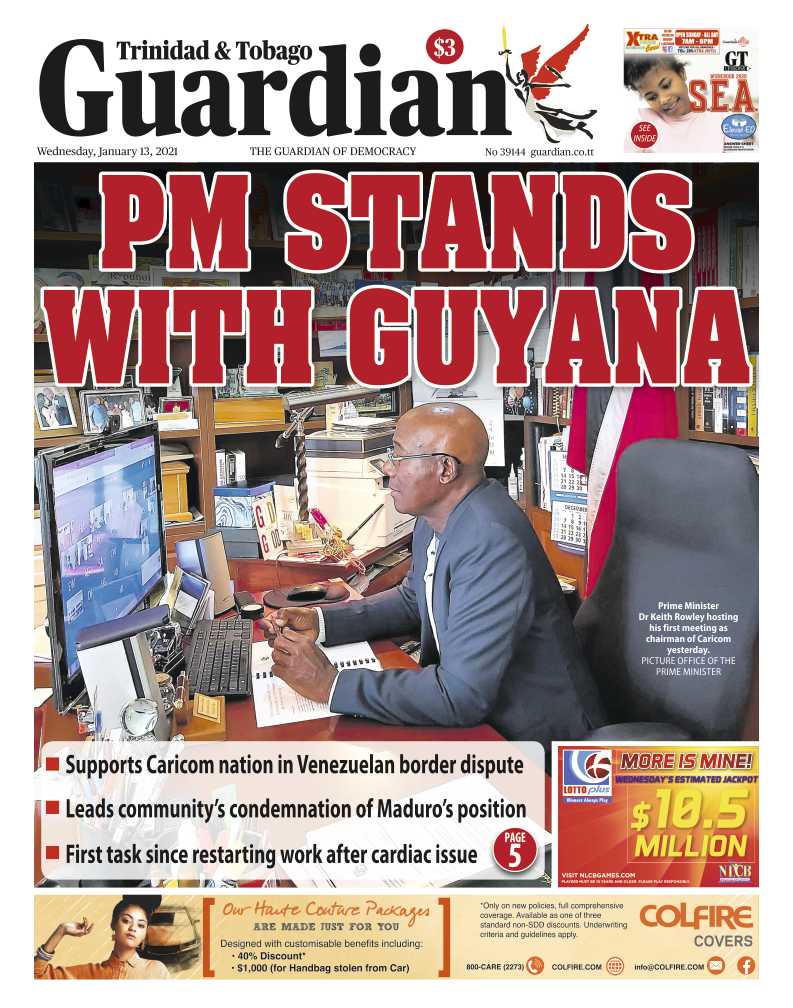